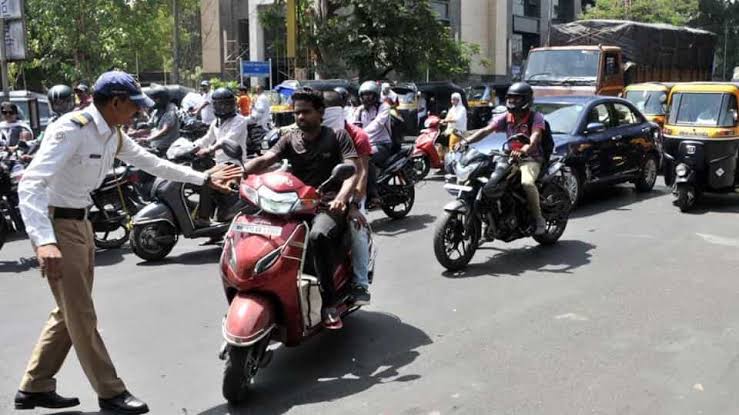 Bhubaneswar: A minor boy of Chandanpur police limits area in Puri district was caught red-handed and slapped with a fine of Rs 37,000 for driving the two-wheeler without any valid documents.

The traffic rule flouter was fined under the regulations as envisaged in Motor Vehicles Amendment Act, 2019.

The minor was caught during a motor vehicle checking by the traffic police near Puri District Headquarters Hospital (DHH) traffic square.

On being informed by the traffic police, RTO dept traffic ASI Sushant Kumar Patra reached the spot and seized the vehicle. He then slapped a fine of Rs 25,000 on the minor with additional Rs 10,000 fine for lack of pollution certificate and Rs 2,000 for insurance papers.

The boy would collect his motorbike bearing registration no OR 02BQ 7188 from the RTO office after depositing the total amount, Patra said.