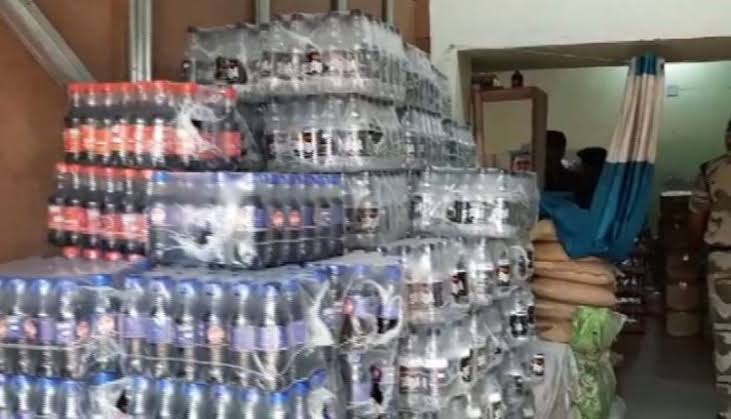 By The Odisha BazaarFebruary 2, 2021No Comments Bhubaneswar:The police has busted a fake cold drink manufacturing unit in Mancheswar area of Bhubaneswar, the capital city of Odisha on Tuesday afternoon.

The police got a tip-off from locals. A joint team of the Mancheswar police and special squad conduced the raid.

Huge amount of duplicate copies of popular cold drink brands were seized by the police in the raid.

Further investigation is on.