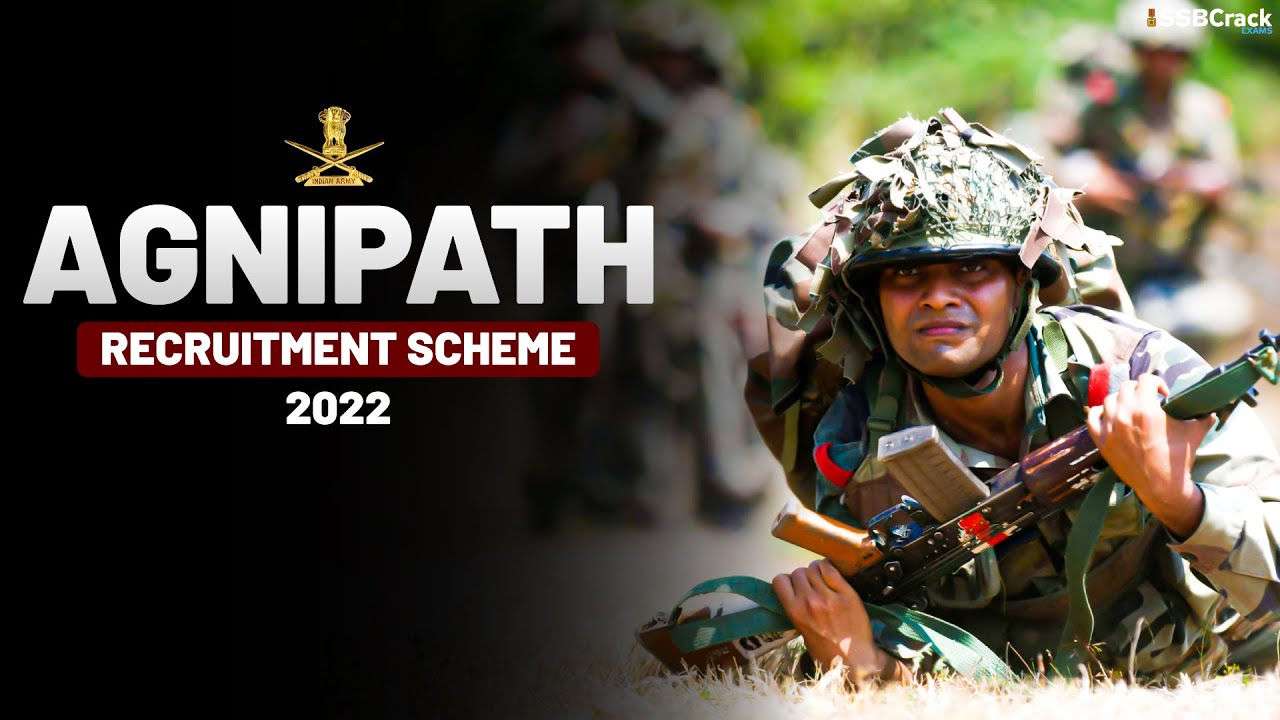 Agnipath: Agnipath:  What is Agnipath scheme? read & know it.

Agnipath:  What is Agnipath scheme? read & know it. The Union government on Tuesday announced the radical and far-reaching ‘Agnipath’ scheme, deploying Defence Minister Rajnath Singh and the three Service chiefs to deflect criticism that it will undermine the armed forces’ professionalism, ethos, and fighting spirit, as well as potentially lead to the militarization of civil society. The process of recruiting 46,000 soldiers, sailors, and airmen this year will begin on a “all-India, all-class” basis under the Agnipath scheme, which was authorised by the PM Modi-led Cabinet panel on security.

What is Agnipath scheme?

The Union Cabinet on 14 June approved a recruitment scheme called Agnipath for Indian youth to serve in the Armed Forces. The scheme allows patriotic and motivated youth to serve in the Armed Forces for a period of four years. Agnipath scheme entails a recruitment process for individuals with ranks below that of officers, with the goal of deploying fitter, younger troops on the front lines. It’s a game-changer that will give the Army, Navy, and Air Force a more youthful image.

The youth joining the armed forces under Agnipath scheme will be known as Agniveers.

Men and women between the ages of 17.5 and 23 will be recruited for the armed forces under this scheme. “After four years, Agniveers will be able to apply voluntarily for the regular cadre. Based on merit, organisation requirement, up to 25% shall be selected from that batch” Lt Gen Puri informed further. “We will provide an opportunity to the youth to serve the nation for a short and long duration, as Agniveers. We are giving youth a chance for both long and short duration military service,” he added.

What is the eligibility criteria?

All three services will be enrolled via a centralized online system, with specific rallies and campus interviews held by recognized technical colleges such as Industrial Training Institutes and the National Skills Qualifications Framework, among others. Enrollment will be on a ‘All India All Class’ basis, with eligible ages ranging from 17.5 to 23. Agniveers will meet the medical requirements for military enlistment as they apply to their specific categories/trades. Agniveers’ educational credentials will continue to be popular for enrollment in a variety of categories, including Class 10 is the minimum educational requirement for becoming a General Duty (GD) soldier.

What is the salary package?

The first year salary package is Rs 4.76 lakh, with an increase to Rs 6.92 lakh in the fourth year. Following the release, the Seva Nidhi package costs approximately Rs 11.71 lakh, including interest (tax free) There is also a Rs 48 lakh non-contributory insurance cover. If the individuals receive an Agniveer skill certificate, it will help them find post-release employment.

Following four years of service, 25% of Agniveers will be retained in the regular cadre based on merit, willingness, and medical fitness. They will then serve another full term of 15 years. While the remaining 75% of Agniveers will be demobilised, they will be given an exit or “Seva Nidhi” package worth Rs 11-12 lakh, which will be funded in part by their monthly contributions, as well as skill certificates and bank loans to help them in their second careers.

What are the advantages of the scheme?

It gives young people a once-in-a-lifetime opportunity to serve their country and contribute to national development. The Armed Forces would be more youthful and vibrant. The Agniveers will receive a good monetary package as well as the opportunity to train in the best military ethos in civil society and institutions while also improving their skills and qualifications. This will result in civil society having well-disciplined and skilled youth with a military ethos.

The protesters point out there is no job security in the scheme and Agniveers will not be eligible for pension benefits. They demand a rollback of “contractualisation” of jobs in the Indian Army. The aspirants say that all their hard work to join the army would go waste as they can work in the army only for four years. Among other things, the aspirants say, they will be left jobless after four years.

Are there any reservation for girls?

Women under the specified age limit are eligible for Agnipath recruitment, but there is no special quota for them under the scheme. “The Agnipath scheme is a novel concept for the modern era. An idea created in India and for the people of India. An idea that will have a positive impact on armed forces human resource management,” said Admiral R Hari Kumar of the Indian Navy. He also stated that women will be selected through the scheme, and the Navy, which currently has only female officers, will now have sailors.

When will Agnipath recruitment start?