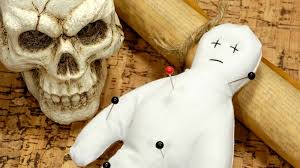 By The Odisha BazaarJune 15, 2020No Comments Bhubanewsar: Carrying the severed head of a woman he allegedly killed on suspicion of practising witchcraft, a 30-year-old man walked around 13 kilometres to reach the local police station in Odsiha’s Mayurbhanj district and surrendered on Monday, police said.

The accused Budhuram Singh and the victim Champa Singh are from the same village Karkachia under Khunta police limits of Mayurbhanj district.

Reportedly, Budhuram had lost his child to an illness few days back. He suspected that Champa has killed the child through witchcraft and took his revenge by beheading her.

Champa Singh, a widow, was sleeping in the verandah of her house when Budhuram Singh allegedly dragged her out and decapitated her, police sources said. He then wrapped the severed head in a ‘gamcha’ (traditional towel) and headed for the police station.

Several people were present at the spot but nobody tried to stop Budhuram Singh from killing the wife of his maternal uncle, sources said. Police arrested Budhuram Singh and registered a murder case while the body was sent for post-mortem examination.

He later surrendered before the police with the severed head and the murder weapon. Following it police registered a case and initiated an investigation in this regard.

On an average, 60 witchcraft-related murders have taken place annually since 2010 across Odisha, mostly from its tribal belts. Of them, 12 have been reported from Mayurbhanj, sources said.