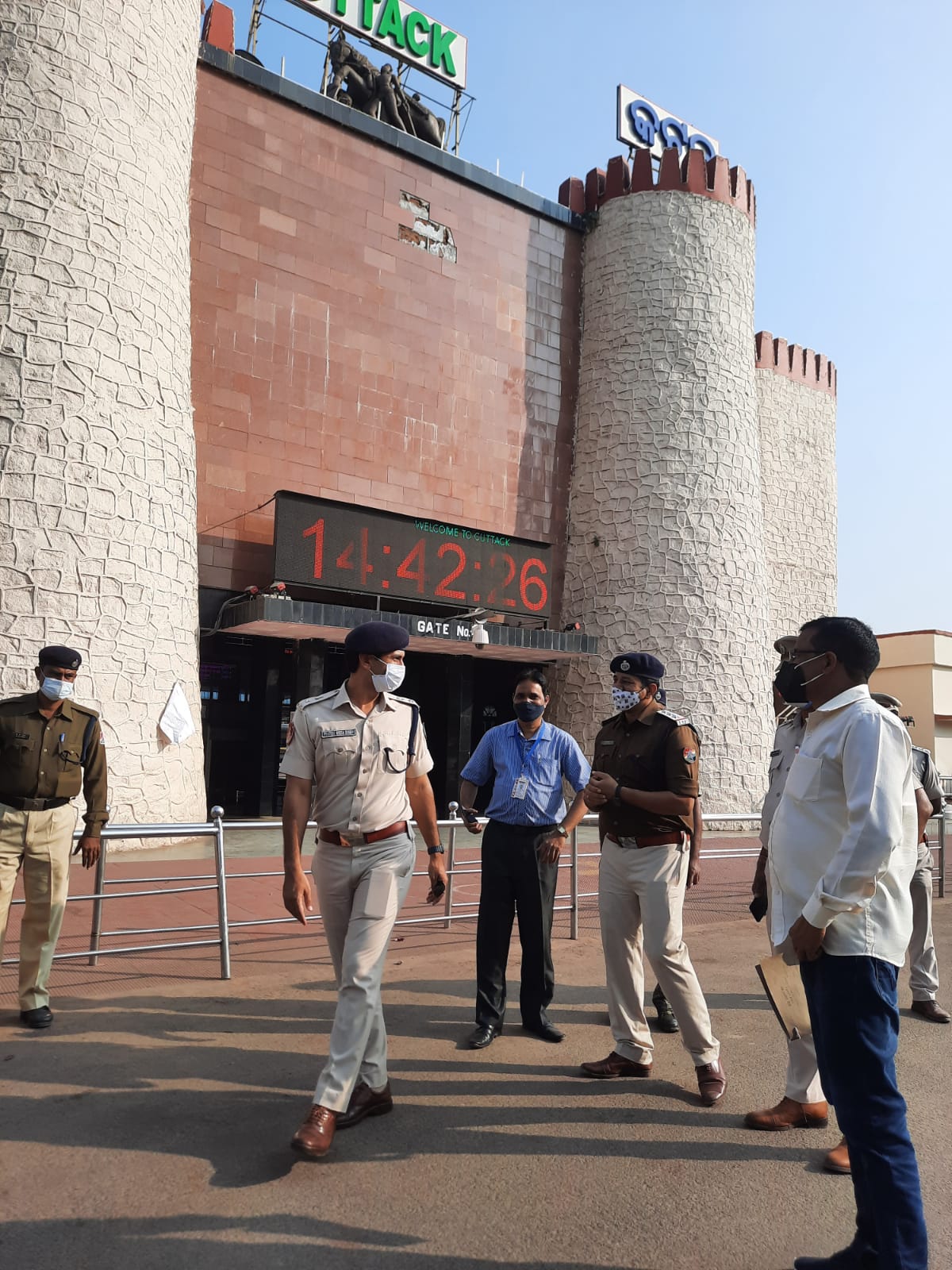 At 12.40 hrs :- RPF /QRT came into the action and they restricted the terrorist group with firing and not allowed to move towards PF No 01, where the passengers waiting for Train No.12875 Neelachal Express which was scheduled to be arrived at PF No.1. But the terrorist managed to hijack the Train No.08432 {Puri-CTC Passenger} which was standing at PF No.5 and keep some civilian as hostage. At 12.45 hrs: IIC/RPF/CTC and GRPS/CTC immediately take the position and make a quick plan to evacuate the station and cordon off the area as soon as possible with available resources. They also informed the higher authority about the situation. (STU move from HQ)

At 12.50 hrs : Demand call of terrorist to IIC/RPF/CTC with an ultimatum. At-13.00 hrs : Negotiation team started negotiation to gain some time.

At 13.15hrs : Higher authority decided not to fulfil the demand of Terrorist, go for force entry and the task given to Special Tactical Unit( SOG).

At 13.35hrs : SOG was taking over situation from RPF and GRP.

At 13.40 hrs:DCP/Cuttack arrived the spot and tackled the situation.

At 13.45 hrs: Briefing and planning by DCP, Cuttack and SOG

At 13.55hrs : Operation started for rescue of hostage.

At 15.00 hrs: All hostage rescued and operation closed.