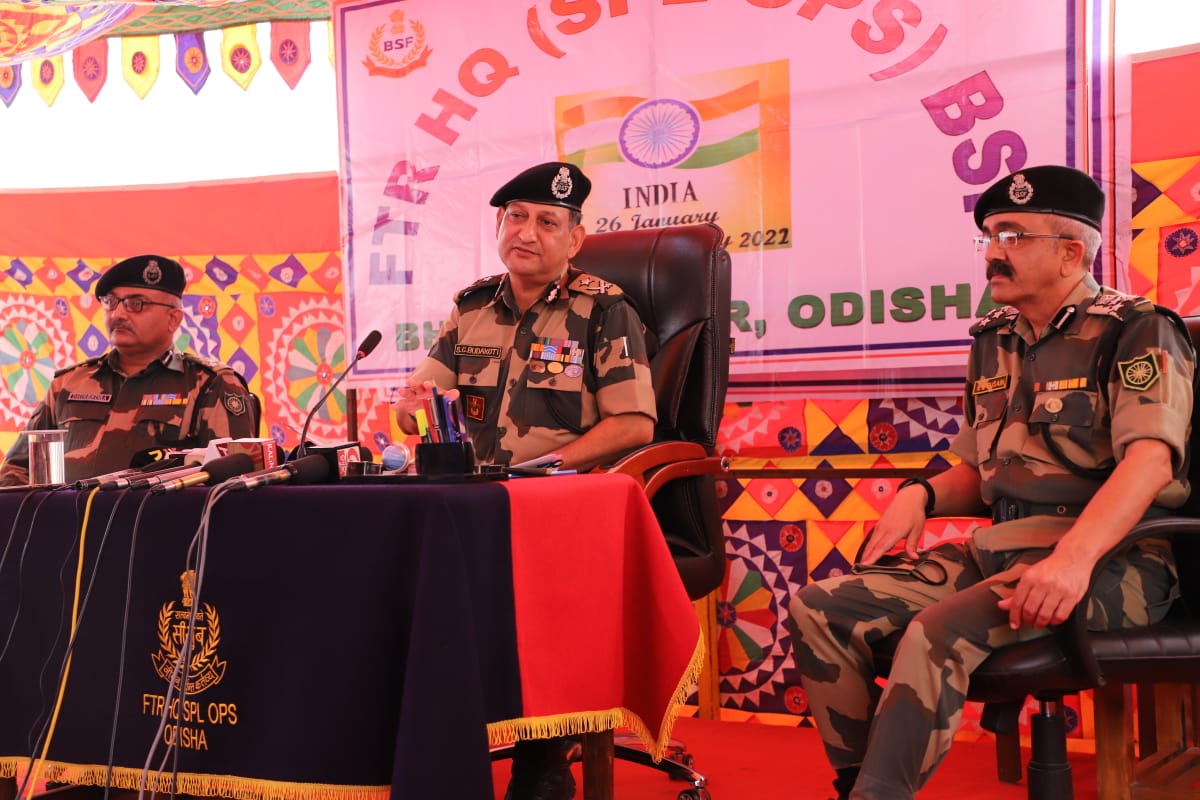 Bhubaneswar: BSF; the first line of defence, was deployed in Odisha in October, 2010 in Koraput and Malkangiri districts  as both the districts were highly Naxal affected. Subsequently in the year 2013, BSF was also deployed in Nabarangpur and Rayagada districts. Before the year 2010, it was very difficult on part of civil administration to move into interior areas. Even Police with limited resources could not access remote areas. Vehicles did not ply during night hours, shops would shut down before sunset and business totally paralysed. It was very difficult to implement central and state Govt schemes on ground. It was BSF that aided state Police and civil administration in containing Maoist activities in Koraput and Malkangiri districts. The highlights of BSF achievements are as under:-

Most importantly, we have been able to win confidence and support of local populace wherever we were deployed. Our civic action programmes have been a great success. Even COVID-19 pandemic could not deter our spirit in achieving our objective. Winning heart and mind of local people has always remained our priority area.