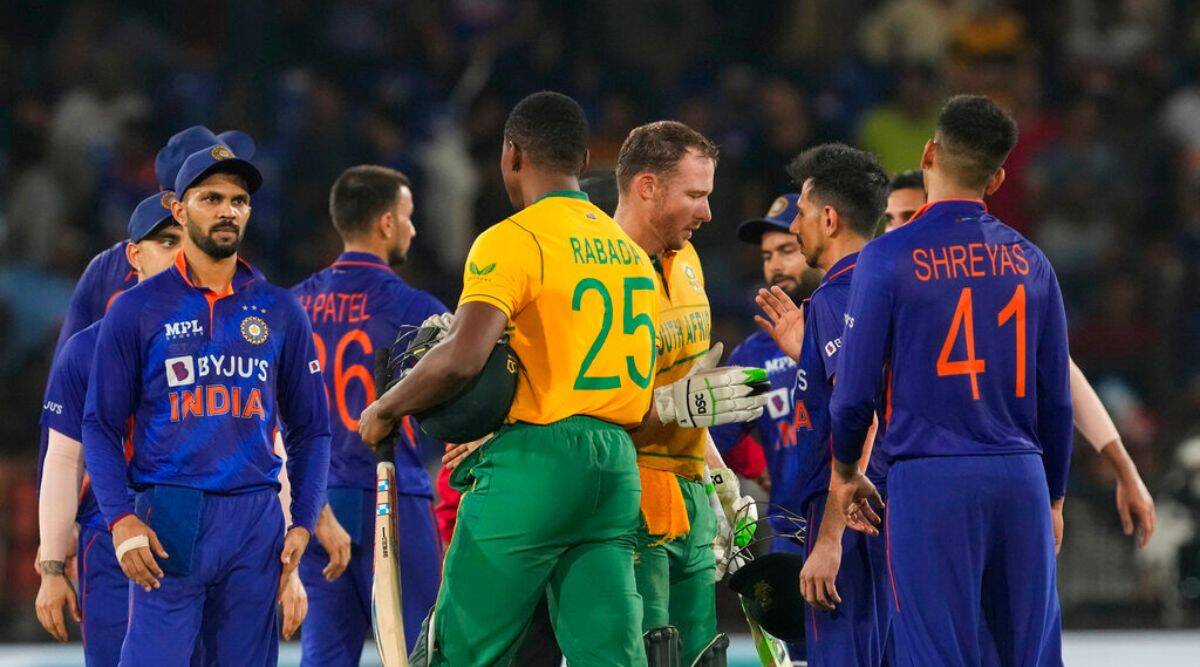 By The Odisha BazaarJune 13, 2022No Comments Cuttack: Odisha Chief Minister Naveen Patnaik on Sunday rang the bell at the Barabati Stadium here ahead of the being of the second T20 match between India and South Africa.

Patnaik rang the bell in the presence of other dignitaries which included the President of the Board of Control for Cricket in India (BCCI) and former Indian captain Sourav Ganguly, officials of Odisha Cricket Association (OCA) and Odisha Ministers. He also witnessed the match, which South Africa won by four wickets.

The visitors won the toss and opted to field first. Their disciplined bowling performance restricted India to 148/6 in 20 overs despite Dinesh Karthik’s late flourish (30 not out off 21 balls).

Apart from Karthik, Shreyas Iyer (40 off 35), Ishan Kishan (34 off 21) were the main scorers as most of the Indian batters failed to deliver against Proteas bowlers and lost wickets at regular intervals.

Anrich Nortje (2/36) was the most successful bowler for South Africa while Kagiso Rabada, Wayne Parnell, Dwaine Pretorius, Keshav Maharaj picked one wicket each.

In reply, Heinrich Klaasen played a brilliant knock (81 off 46) and led South Africa to a convincing win. Besides Klaasen, Temba Bavuma (35 off 30) and David Miller (20 not out off 15) also scored vital runs for the visitors while Bhuvneshwar Kumar (4/13) was the pick of the bowlers for India.