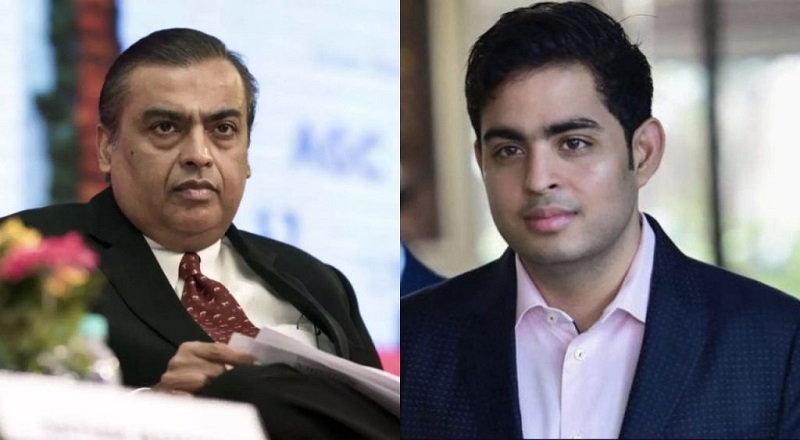 Billionaire Mukesh Ambani on Tuesday mentioned about leadership transition at his energy-to-retail conglomerate, saying he wants the process to be accelerated with seniors, including him, yielding to the younger generation. Akash Ambani Replaces Reliance Industries Chairman Mukesh Ambani place.

Mr Ambani, 64, who has previously not spoken about succession plans at the country’s most valuable company, said Reliance is “now in the process of effecting a momentous leadership transition.” Ambani has three children twins Akash and Isha, and Anant. Speaking at the Reliance Family Day, which marks the birth anniversary of the group’s founder Dhirubhai Ambani, he said Reliance Industries Limited (RIL) will become one of the strongest and most reputed Indian multinational companies in the world in the coming years.

Propelled by forays into the clean and green energy sector as well as retail and telecom business reaching unprecedented heights. “Achieving big dreams and impossible-looking goals is all about getting the right people and the right leadership. Reliance is now in the process of effecting a momentous leadership transition, from seniors belonging to my generation to the next generation of young leaders,” he said.

And this process, he would like “to be accelerated.” The speech was reported by a Mr Ambani-owned news outlet. The company did not immediately respond to an e-mail seeking comments on Mr Ambani’s remarks about succession. “All seniors – myself included – should now yield to the highly competent, extremely committed, and incredibly promising young leadership talent at Reliance,” Mr Ambani said.

We should guide them, enable them, encourage them and empower them… and sit back and applaud as they perform better than us.” He did not elaborate. Reliance now has three verticals – energy business comprising of oil refineries at Jamnagar in Gujarat, petrochemicals plants and new energy factories, the retail business made up of physical stores and online e-commerce unit in JioMart, and telecom and digital business housed in Jio.

Akash Ambani joined Reliance Jio Infocomm and Reliance Retail Ventures as directors at the age of 24, the same age as their father Mukesh Ambani, who joined RIL in 1981. Akash graduated from Brown University with a major in economics and had been working on RIL’s 4G telecom venture before becoming director. Lots of talks going on now Akash Ambani will Replaces Reliance Industries Chairman Mukesh Ambani place.