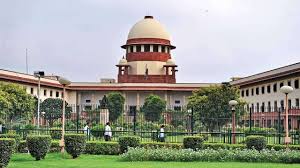 New Delhi, July 10: The Supreme Court on Friday declined to entertain a plea by a group of parents, from different states, seeking directions to the Centre and state governments to direct all private unaided/aided schools not to charge fees for April-July or till the commencement of physical classes. A bench headed by Chief Justice S A Bobde noted that the fee issue should have been raised before the state High Courts, “Why has it come to the Supreme Court……. It would be a stroke of genius if you can solve everybody’s problems.”

The PIL filed by petitioners, parents’ association in 9 states, also sought directions to the Centre and state governments to direct schools to only charge proportionate fee based on actual expenditure on online classes till the commencement of normal classes. The petitioners contended that the Punjab and Haryana High Court has allowed schools to charge hiked fees.

The Chief Justice said then you should file a plea against that order. The parents also urged the court to issue directions that schools should charge only tuition fees until schools begin to function normally. The bench told the petitioners’ counsel that it is not inclined to interfere in the matter at this stage and asked the petitioners to withdraw the petition and approach the High Courts concerned.

The plea argued that since the students may get exposed to hazards associated with online education, there is a need for uniform and safer guidelines across the country in this regard.

“It is imperative to note that the doctrine of ‘parens patriae’ is applicable to the common people of the State who are indisputably the victims of this calamity and the Central and state governments being the guardians of its residents must assume the role of parents and take all necessary steps to protect the rights and interests of its citizens,” said the plea.

The petitioners also sought total waiver of fees for students whose parents lost their jobs, sources of income, and faced reduction in salaries due to the COVID-19 pandemic and lockdown between March and July.

“It is not possible for each and every parent to supervise or provide absolute attention to the behaviour of the students who would get access to the electronic devices with an Internet facility, they may be subjected to crimes like cyber-bullying, sexual exploitation, extortion etc, a consideration of the same also ought to be taken into account,” they averred.

(With inputs from IANS)