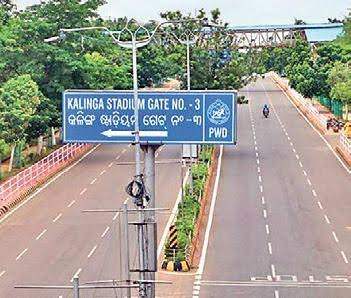 Bhubaneswar, June 19: Smart City Bhubaneswar has done it again! It has come as the fourth ranked city among the top 10 Livable Capital Cities in the entire nation. Interestingly, the Temple City has topped in the Citizen Perception Survey with the highest score of 94.8 out of 100.
As per the New Delhi-based Centre for Science and Environment (CSE’s) Ease of Living Index Report, 2020, Bengaluru is the Top-1 Livable Capital City in India followed by Chennai, Shimla and Bhubaneswar.
Four parameters were used to determine the score on the Ease of Living Index: quality of life, economic ability, sustainability and citizens’ perceptions. The cities were given scores on all four parameters out of 100. However, the index did not rank four capital cities: Dispur, Daman, Amaravati and Kolkata in the survey.
Among the top scoring capital cities under Citizen Perception Survey while the State Capital has scored the highest rank with 94.8 percentage, under Ease of Living Index, it has put cities like Mumbai and Delhi behind. While Bhubaneswar has scored 59.85 in Ease of Living Index, Mumbai and Delhi have scored 58.23 and 57.56 respectively. However, Bengaluru, Chennai and Shimla were above Bhubaneswar with score of 66.7, 62.61 and 60.90 respectively.
The Ease of Living Index Report 2020 of CSE presents itself as an evaluation tool that reflects the ease of living in Indian cities. It seeks to examine the impact of urban development programs and the quality of life and economic and social opportunities available to the citizens. It measures the ease of living across three pillars: Quality of Life, Economic Ability, and Sustainability. The index is further strengthened by a fourth pillar, the Citizen Perception Survey, which aims to obtain and incorporate views of the citizens regarding the services provided by their city administration.

The pillar-wise scores help cities assess their level of development and identify existing gaps that obstruct their growth. The Ease of Living Index promotes healthy competition through rankings and incentivizes them to improve further and even emulate the best practices from their peer cities.

“We will be doing much more with the participation of the citizens to provide better living standards for all our citizens and also to project city’s performances at all the fronts to make its stand more national and global in future days,” said BMC Commissioner Sri Sanjay Kumar Singh. It can be noted here that the Bhubaneswar Smart City Limited in collaboration with BMC and BDA during February 2020 has carried out a massive drive by organizing campaigns through educational institutions, kiosks at the ongoing Park Utsav venues, talk shows organized at city-based FM radio stations, Social Media campaigns, SMS campaigns, volunteers carrying placards in order to motivate public in public places, slum dwellers’ involvement through Peer Leaders (Pragati Sathis) and hoardings at strategic locations to boost the Ease of Living Citizens Perception Survey across the city. The citizens also participated in great numbers.
It can be mentioned here that through a similar multi-prong strategy thousand took part in various Citizen-centric responses during the Smart City Challenge during 2015-’16 and the Smart City Proposal of Bhubaneswar became the Number One in the nation with its child-friendly outlook.

It has been noted that citizens of the Temple City are always participating in the national surveys with renewed enthusiasm and it has also resulted in the proactive participation of the officials and administrators in the city development work with an inclusive approach to benefit all groups, economic sections, socio-social strata in disseminating the benefits of urban governance.