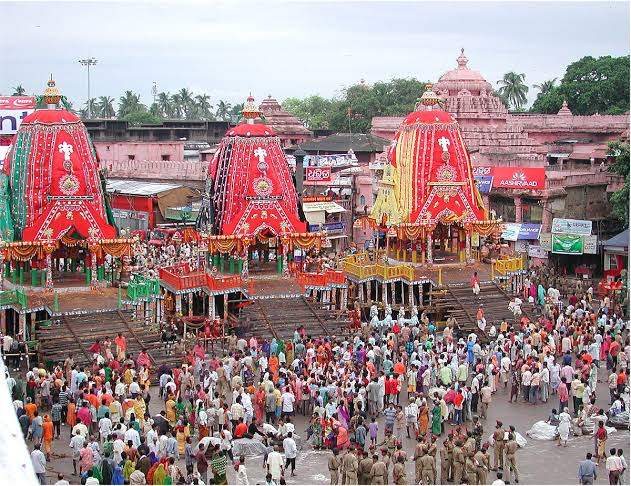 Bhubaneswar:The Supreme Court of India stayed the celebration of Rath Yatra which was scheduled to be held on June 23 in Puri. All activities associated with the annual program also stand cancelled.

A bench headed by Chief Justice of India S A Bobde passed the order and said “We are not allowing this. Lord Jagannath will not forgive us if we allow this to continue. Activities related to the Rath Yatra are injuncted.”

“We consider it appropriate that in the interest of public health and safety of citizens to restrain the Respondents from holding the Rath Yatra this year. We direct that no Rath Yatra will be held in the temple area of Odisha,” the Court ordered as per legal news website Live Law.

The observation from the top court came on a plea by an NGO seeking direction to stay the holding of the Rath Yatra festival, which spans for 10-12 days and involves the gathering of lakhs of devotees from across the world.

The NGO, Odisha Vikash Parishad, claimed that presently, the entire nation including Odisha is facing an unprecedented situation due to COVID-19, where the lives of the common people are at a huge risk.

“In the said letter, discretion was also granted to the state government with regard to the holding of the Rath Yatra keeping in mind the conditions prevailing at that relevant point of time,” said the plea.

“If the Rath Yatra is allowed to happen on June 23, despite state government’s prohibition on holding religious gatherings or congregations, lakhs and lakhs of devotees are going to gather for ‘darshan’ of Lord Shri Jagannath. If such a massive gathering takes place members of the crowd will not be able to maintain adequate distance, which will make them all vulnerable to contracting COVID-19 infection,” said the plea.

Appearing for the petitioner, Senior Advocate Mukul Rohtagi submitted that congregation of lakhs of people cannot be allowed as this will increase the chance of novel coronavirus transmission.

Representing the State of Odisha, Senior Advocate Harish Salve had also suggested that it would be better to stop the festivities.

The bench headed by CJI Bobde agreed and passed the order of cancellation of Rath Yatra this year. The order also said that no activity related to the annual chariot festival will take place.

Earlier, the Orissa High Court had left it to the State Government to take a decision on the annual sojourn of the deities of Jagannath Temple in Puri to Mausima Temple.