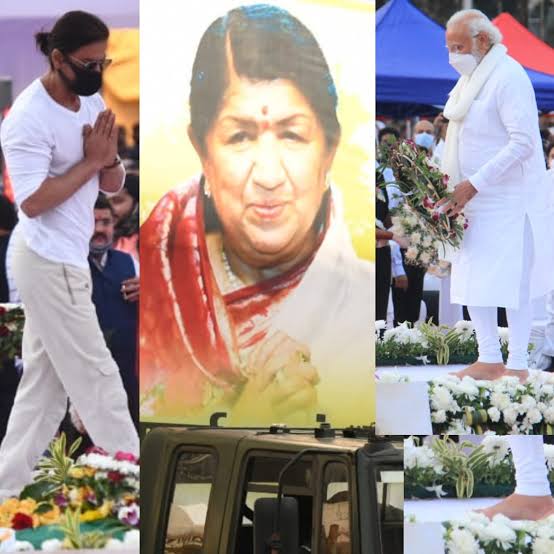 By The Odisha BazaarFebruary 6, 2022No Comments Cuttack: As singing legend Lata Mangeshkar left for her heavenly abode on Sunday, a number of known faces from the world of politics, cricket and entertainment attended her state funeral at Shivaji Park. Among them were Prime Minister Narendra Modi, former Maharashtra Chief Minister Devendra Fadnavis, actor Shah Rukh Khan, filmmaker Madhur Bhandarkar and cricketer Sachin Tendulkar, who paid their last respects to the veteran singer.

Mangeshkar passed away in the morning due to post-Covid-19 complications. She was 92. Her condition had deteriorated on Saturday and she was put on ventilator support in a critical condition. Chief Minister Uddhav Thackeray announced state funeral for Mangeshkar, who was perhaps the most revered and well-known vocalist who inspired generations of artists in the sub-continent for almost a century. The state government also announced a three-day mourning period from February 6 to 9.