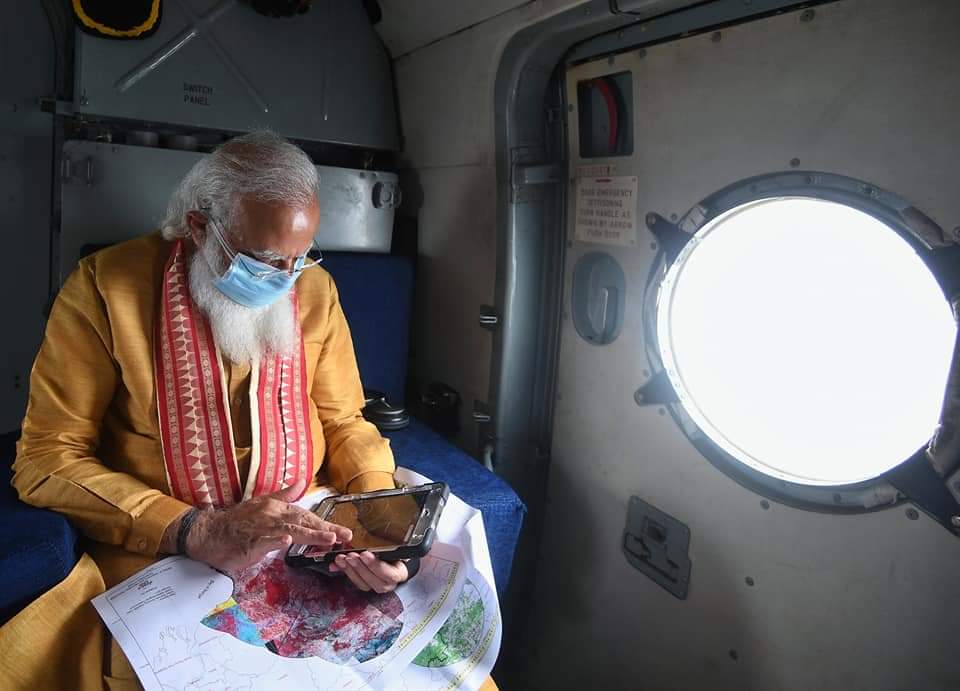 Bhubaneswar: Union Government will deploy an Inter-Ministerial Team to visit the states to assess the full extent of damage .

Centre assures all help for restoration and rebuilding of the infrastructure in the affected areas.

Rs. 2 lakh ex-gratia for the next of kin of the dead and Rs 50,000 for the injured due to Cyclone Yaas would be given to all those affected across India.

The PM also announced a combined assistance of Rs 500 crore for West Bengal and Jharkhand, the states which also bore the brunt of cyclone Yaas.PM Modi expressed his complete solidarity with all those who suffered due to the cyclone and expressed his condolences to the families who have lost their kin during the calamities.

PM Modi appreciated the preparedness and disaster management activities by the Government of Odisha which has resulted in minimal loss of lives.

He also noted that the state has embarked on long term mitigation efforts for dealing with such natural disasters.

He also mentioned that Disaster Mitigation has been given emphasis by the Finance Commission too by provisioning for mitigation funds to the tune of Rs. 30,000 crore.

Following PM Modi’s announcement of financial assistance, Union Minister Dharmendra Pradhan thanked him by tweeting, “I thank PM Modi for standing in solidarity with the people of Odisha, especially during the most vulnerable times. We remain committed to making every effort to ensure that life returns to normal in cyclone-hit areas of Odisha.”

PM @narendramodi ji also announced an ex-gratia of ₹2 lakh to the next of kin of the deceased & ₹50,000 to those grievously injured in the cyclone. GoI will deploy an inter-ministerial team to assess the full extent of damage, based on which further assistance will be provided.