By The Odisha BazaarJune 27, 2020No Comments

Penguin falters because it starts losing steam at the most crucial juncture — the last 20 minutes, notes Joginder Tuteja. 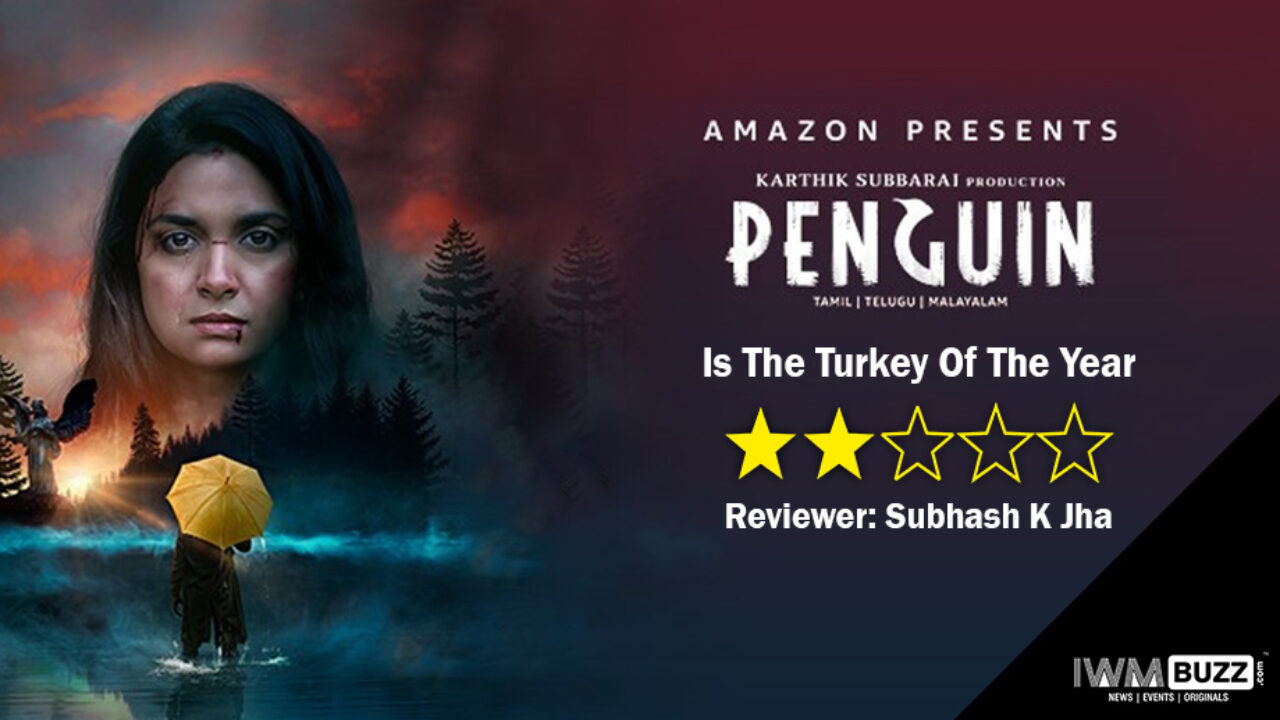 What is the best part about Penguin?

But there are many similarities between the two films, so much so that they could easily be a part of a psychological thriller franchise.

Both have misty hills as the setting, a woman as the central protagonist, both deal with child abuse, have a similar style of cinematography and narrative, a strong premise with a lot of potential and both turn out to be disappointments.

For any psychological thriller to work, it needs to have a gradual build-up while being laced with suspense, twists, turns and a guessing game leading to a climax that not only surprises you, but also does so in the most unexpected way.

This is where Penguin falters because unfortunately, it starts losing steam at the most crucial juncture — the last 20 minutes. Otherwise, the stage and setting was right there.

married woman (Keerthi Suresh) is pregnant, has lost her first child in mysterious circumstances, gets horrific dreams of a man in a Charlie Chaplin mask and a yellow umbrella in a slasher mode, and finds herself in situations that could repeat all the wrongs that have happened in her life.

But it is so tough to comprehend the kind of actions she takes.

She has already lost her young one in a crowd, found her back, and then lets him out of her sight again.

Director Eashvar Karthic may argue that this is because of the state of mind that she is in. But then in such a scenario, one wonders why her first husband (Linga) as well as her second (Madhampatty Rangaraj) almost never pick up the responsibility to take care of her.

They are in the background for almost the entire narrative of the film.

Moreover, no one ever questions the proceedings in her and her child’s (Master Advaith) lives.

Things happen so randomly around them that while for audiences it may seem thrilling (the lost and found scenario), for the characters with whom this is happening, it seems like just another day in the park.

A normal person would have freaked out at the sudden disappearances and reappearances, but here, it seems like business as usual.

Moreover, despite all the psychological trauma that the mother as well as the son are going through, professional help just doesn’t come in.

Thankfully though, there are a couple of truly shocking moments in the film, especially one around the interval point.

The sequence leading to the revelation is wonderful and stylishly executed.

The hide and seek that happens at a couple of crucial junctures are good too.

But all of it comes undone towards the climax.

Had it been more deftly executed, with some hints thrown in, at least the guessing game would have paid off.

This is what makes Penguin a film that could have been entertaining but eventually, it turns out to be a damp squib.
Source: Rediff.com