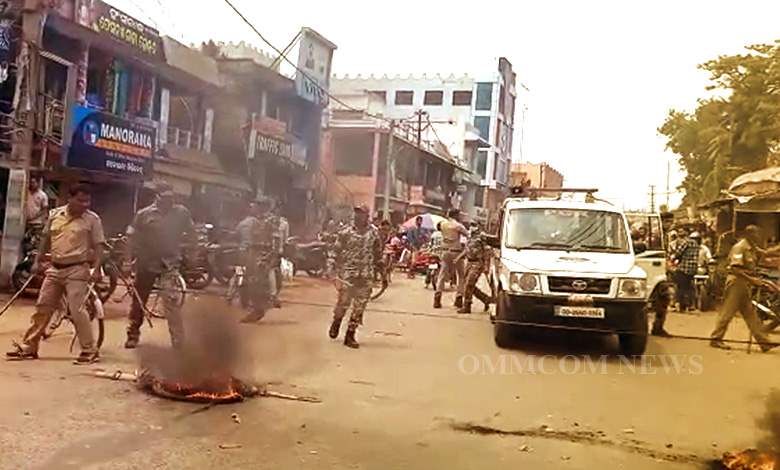 Pattamundai: Tension prevailed today as hundreds of women demonstrated in front of the local police station here and blocked the main road protesting against the failure of police to arrest the guilty in yesterday’s group clash despite a lapse of 24 hours.

According to reports, while police were trying their best to persuade the agitating women to disperse, a few men joined them and burned tyres to block the main road.

As tension mounted the local tehsildar has clamped prohibitory orders under section 144 CrPC in Pattamundai town and its adjoining areas for an indefinite period. Shopkeepers and business establishments have downed their shutters following the development.

More police force has been rushed to the Pattamundai police station to take control over the situation.

At the time of filing of this report, the police was conducting a flag march in the affected areas especially in Ward No.11 where the clash had taken place

Two groups had clashed over the construction of a school building in Ward No. 11 of Pattamundai town yesterday. Over 10 persons were injured in the clash.

The injured have been admitted to the Community Health Centre (CHC).