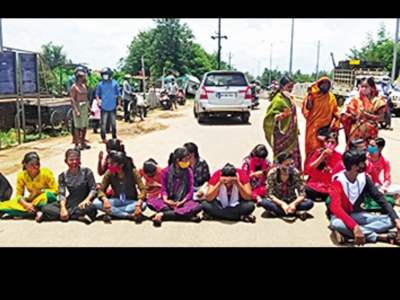 Orissa High court has issued notices to the state government and BSE for allegedly not following the alternative method of assessment.

By The Odisha BazaarJuly 8, 2021No Comments

Home » Blog » Orissa High court has issued notices to the state government and BSE for allegedly not following the alternative method of assessment.

Orissa High court has issued notices to the state government and BSE for allegedly not following the alternative method of assessment. Cuttack: The controversy over the procedure adopted by the Board of Secondary Education(BSE), Odisha, for declaration of the annual high school certificate (HSC) examination this year has reached the Orissa high court.

The HC has issued notices to the state government and BSE for allegedly not following the alternative method of assessment purported to have been adopted for awarding marks in Class X board exam.

The HSC examination that was scheduled from May 3 was cancelled due to rising cases of Covid-19 in the state. The BSE was directed by the school and mass education department to come up with an alternative method of assessment to award marks to the Class X students.

Accordingly, BSE declared the results on June 25. However, controversy sparked off with widespread allegations of faulty evaluation. Students and guardians gathered in front of their respective schools and BSE offices to protest against serious discrepancies in results.

The controversy reached the Orissa high court with eight students of Saraswati Sishu Vidya Mandi, Pipili, filing a petition seeking intervention against the alleged irregularities and illegalities in publication of results of students of final High School certificate examination -2021.

When the petition was taken up on Tuesday, lawyer Pronoy Mohanty appeared on behalf of the students and presented a case of arbitrariness by not adhering to the procedure – alternative method of assessment notified by the BSE for awarding the marks.

Accepting the plea, the single judge bench of Justice Biswanath Rath issued notices seeking replies from the respondents and posted the matter to July 29 for hearing along with the responses. The secretary school and mass education department, president of BSE, secretary of BSE, controller of examination of BSE, among others, have been named as respondents in the case.

The petitioners have sought re-checking / re-verification / re-assessment of marks awarded to them in the annual Class X examination and award final marks without any reduction in a rational, reasonable and equitable manner, within a particular time. After the widespread protests by students and guardians, BSE president Ramashis Hazra had gone on record stating that the results were published as per the moderation policy under the alternative mode of assessment. Ruling out re-evaluation, Hazra had stated that the marks were awarded as per the guidelines laid down in the alternative mode of assessment formula. Several schools had submitted inflated marks. So, the final marks were awarded after processing under the moderation policy, he had stated.