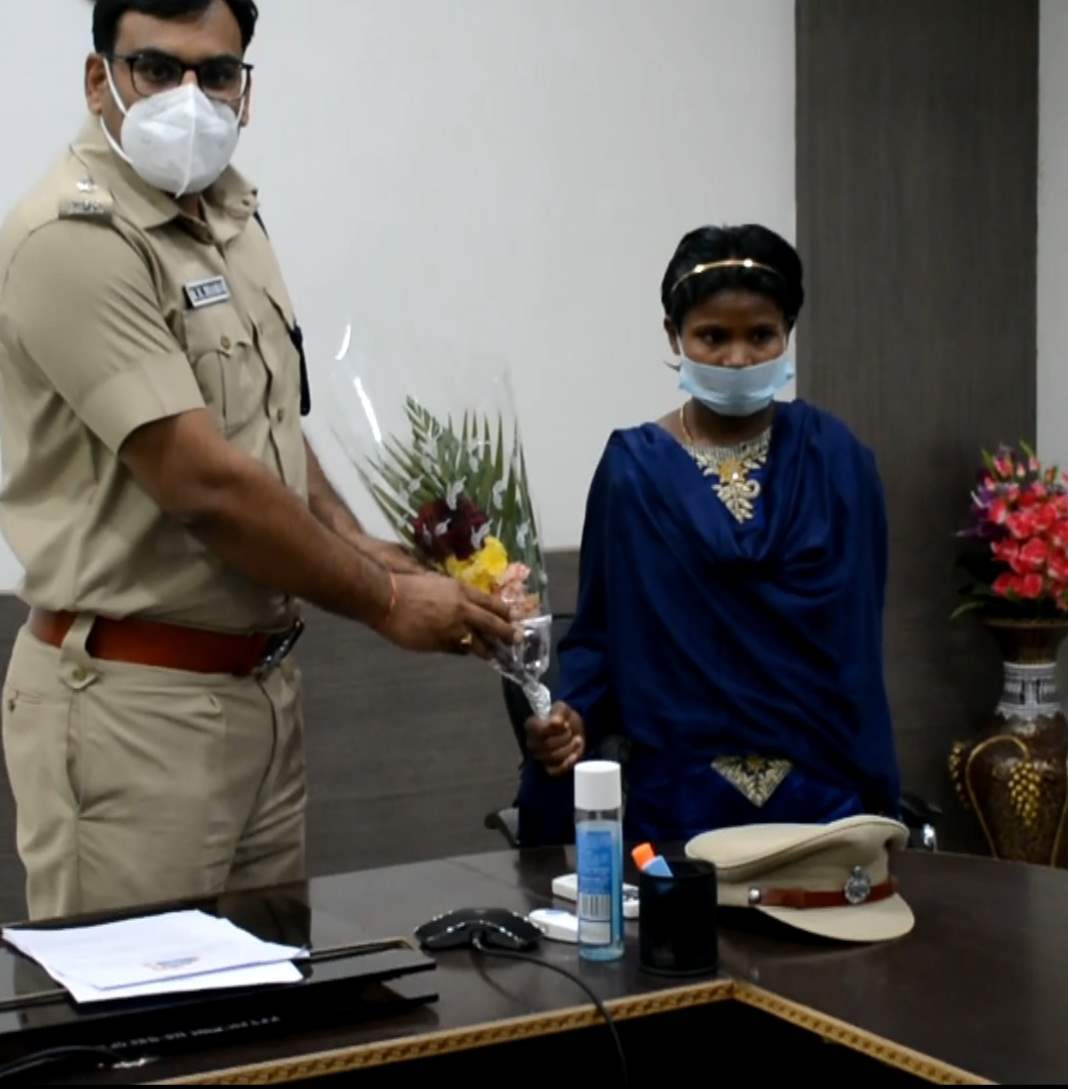 By The Odisha BazaarDecember 2, 2020No Comments

Koraput: In a major success to security forces, a top Maoist woman cadre Rame Madkami, working as member of protection team of Rama Krishna has surrendered before the Koraput Superintendent of Police today.

Odisha Government has declared a reward of Rupees 4 Lakh on Rame Madkami. The declared Reward will be given to her as the surrender was a voluntary surrender.

Rame, hailing from Kurub village under Kalimela police Station in Malkangiri district was inducted into the CPI (Maoist) organization in 2013 by luring her into the “Sanskrutika Gana Natya Mandali” which is the cultural troupe of the Maoists at the age of 16.

Rame worked in different areas of Koraput and Malkangiri district and also she was involved in large number of incidences of violence.

She will be rehabilitated as per the surrender policy of Odisha Government.

After the inauguration of Gurupriya Bridge by Chief Minister Naveen Patnaik, Swabhiman Anchal is seeing lot of developmental activities being undertaken by the Government of Odisha. Thus seeing this development, she realized the futility of violent path of Naxalism and thus decided to join the mainstream of the society, the police said.