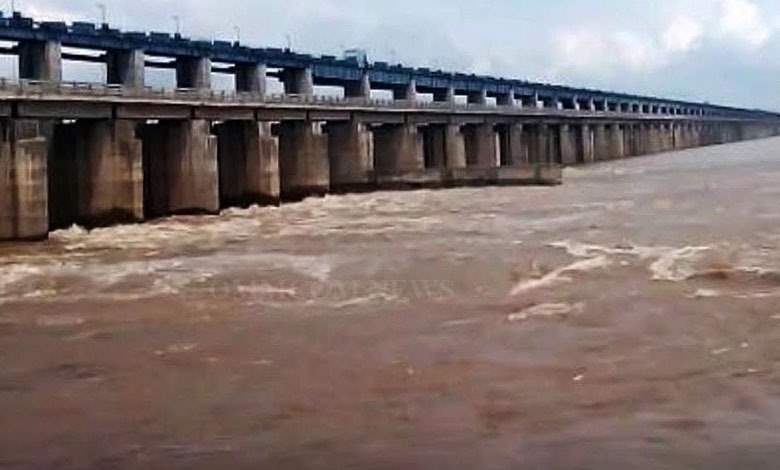 By The Odisha BazaarAugust 30, 2020No Comments

Rath said that due to the unprecedented rainfall received in the upper catchment of Mahanadi yesterday there has been an inflow of around 9 lakh cusec into Hirakud Dam and 6 lakh cusec is being discharged into the river though 42 sluice gates of the dam.

Two more gates have been opened taking the total number of the gates opened to 44, he added.
“Around 5 AM tomorrow we expect the peak of the flow of the discharge when 40 gates of Hirakud were opened to reach Mundali,” the Chief Engineer explained.

He said senior officers of the department have been deputed to the coastal districts like Kendrapada, Khordha, Puri, Jagatsingpur, Nayagarh etc. well in advance to tackle any exigency.

These officers are patrolling the embankments day and night, he added.

The Chief Engineer informed that flood fighting materials like bamboos, sand bags etc have been kept at strategic locations to handle the situation in case of any eventuality.

Rath revealed that as of now 26 breaches in embankments have been reported and the maximum has been reported from Bari block in Jajpur district.

He added that the department is keeping a watch on 48 vulnerable points where breaches can occur.