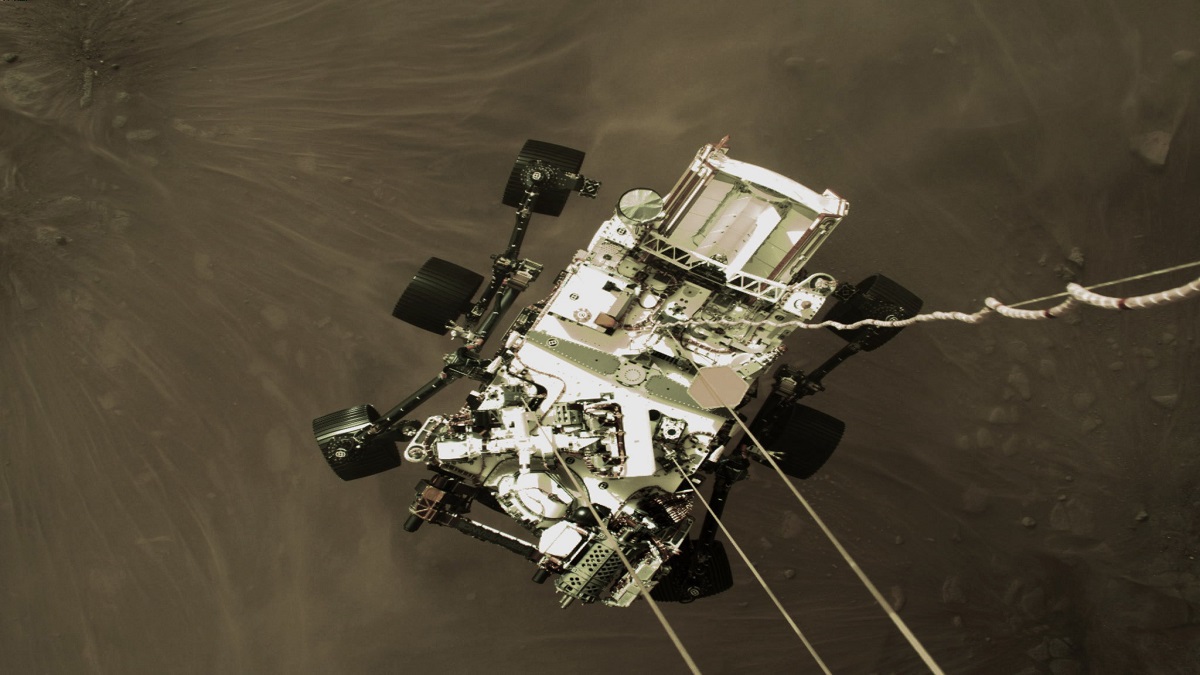 Washington: NASA’s Perseverance rover has sent some stunning photos of the Red Planet, including a high-resolution colour selfie taken during its landing.

The selfie is part of a video taken by several cameras as NASA’s Perseverance rover touched down on Mars on February 18.

“While NASA’s Mars Curiosity rover sent back a stop-motion movie of its descent, Perseverance’s cameras are intended to capture video of its touchdown and this new still image was taken from that footage, which is still being relayed to Earth and processed,” the US space agency said in a statement on Friday.

The Best is Yet to Come.

This high-res image shot by @NASAPersevere while landing on Mars is part of a video taken by several cameras on board that is still being relayed to Earth and processed. https://t.co/uu8DlvlU2u #CountdownToMars pic.twitter.com/wVTbn81JvF

A camera aboard the descent stage captured the shot.

Unlike with past rovers, the majority of Perseverance’s cameras capture images in colour.

After landing, two of the Hazard Cameras (Hazcams) captured views from the front and rear of the rover, showing one of its wheels in the Martian dirt.

A key objective for Perseverance’s mission on Mars is astrobiology, including the search for signs of ancient microbial life.

The rover will characterize the planet’s geology and past climate, pave the way for human exploration of the Red Planet, and be the first mission to collect and cache Martian rock and regolith (broken rock and dust).

Subsequent NASA missions, in cooperation with ESA (the European Space Agency), would send spacecraft to Mars to collect these cached samples from the surface and return them to Earth for in-depth analysis.

In the days to come, engineers will pore over the rover’s system data, updating its software and beginning to test its various instruments.

In the following weeks, Perseverance will test its robotic arm and take its first, short drive.

It will be at least one or two months until Perseverance will find a flat location to drop off Ingenuity, the mini-helicopter attached to the rover’s belly, and even longer before it finally hits the road, beginning its science mission and searching for its first sample of Martian rock and sedimen