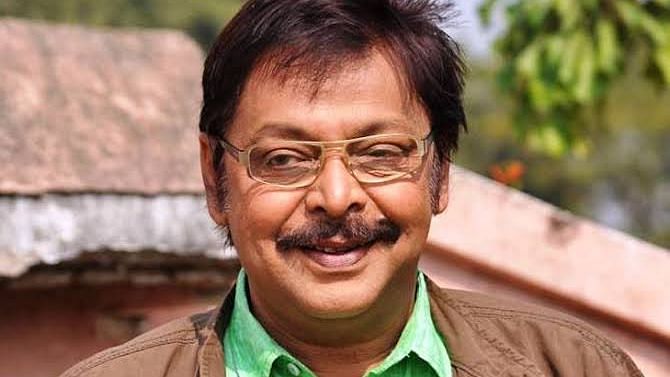 By The Odisha BazaarJanuary 12, 2022No Comments Cuttack: The mortal remains of the legendary actor Mihir Das were consigned to flames at Sati chaura crematorium in Cuttack today as Ollywood fraternity and his fans bid a tearful adieu to the superstar.

His son Amlan Das lit the funeral pyre during the cremation. He was cremated with state honours as announced by Chief Minister Naveen Patnaik.

“Saddened by the demise of noted Odia actor Shri Mihir Das Ji. During his long film career, he won many hearts thanks to his creative performances. My thoughts are with his family and admirers, Om Shanti,” Prime Minister’s Office said in a tweet.

Odisha Chief Minister Naveen Patnaik on Tuesday took to Twitter soon after the demise of the actor broke and shared a heartfelt condolence message. “The impact of Mihir Das on the Odia cine industry will forever remain etched in the memory of all,” Patnaik tweeted.

The actor was admitted at a private hospital in Cuttack on December 7 for the treatment of kidney-related ailments. He was put on ventilator support after his health condition became critical. However, he breathed his last yesterday.

Mihir Das was born in Baripada town of Mayurbhanj on February 17, 1959. He debuted in the Odia film industry with an art film School Master and then in commercial (non-art) film Mathura Bijay in 1979.

He was married to singer Sangita Das, the daughter of the popular singer, Chitta Jena. She died due to a heart attack.