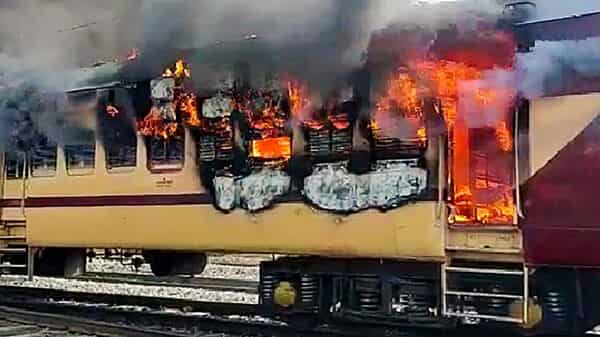 By The Odisha BazaarJanuary 26, 2022No Comments

Theprotestors stormed at the Gaya Junction, raising slogans, and set fire to the Bhabhua-Patna InterCity Express. Amid violent protests by aspirants, the railways ministry on Wednesday suspended non-technical popular categories (RRB-NTPC) and level 2 exams. Alleging irregularities in examinations of the Railway Recruitment Board, the protestors earlier in the morning set a bogie of the Bhabua-Patna Intercity Express on fire.

Protesters claimed the recruitment process is “unfair” as it allows candidates with higher qualifications to compete for jobs meant for those with relatively lower qualifications.