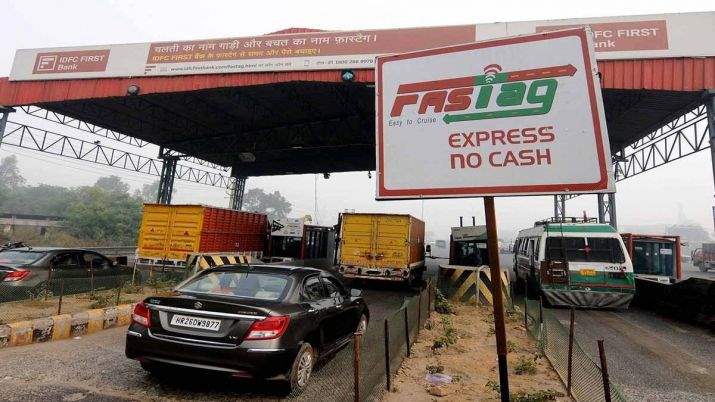 FASTags Compulsory For All Four-Wheelers From January 1, 2021: MoRTH

By The Odisha BazaarNovember 8, 2020No Comments

Home » Blog » FASTags Compulsory For All Four-Wheelers From January 1, 2021: MoRTH

FASTags Compulsory For All Four-Wheelers From January 1, 2021: MoRTH

To promote digital and IT-based payment of fees for toll collection, the government has proposed to make FASTags compulsory for all four-wheelers, including old vehicles sold before December 1, 2017.

The Ministry of Road Transport and Highways (MoRTH) on Saturday has issued a notification stating that FASTags will be mandatory for all four-wheelers from January 1, 2021. To promote digital and IT-based payment of fees for toll collection, the government has proposed to make FASTags compulsory for all four-wheelers, including old vehicles sold before December 1, 2017. It is worth noting that FASTag is necessary for registration of new four-wheelers since December 1, 2017, according to the Central Motor Vehicle Rules, 1989. And, the same is supplied by the vehicle manufacturers or their dealers.

FASTag is a prepaid tag that makes automatic deduction of toll charges that is operated by National Highway Authority of India (NHAI). Affixed on the windscreen of the vehicle, the radio-frequency identification (RFID)-based tag allows for direct payment of toll fee from the prepaid or savings account linked to it and lets the vehicle pass through the toll plaza without stopping for the cash transaction.

MoRTH also mentioned that a valid FASTag will be compulsory while getting new third party insurance through an amendment in FORM 51 (certificate of Insurance), wherein the details of FASTag ID shall be captured. This shall be applicable from April 1, 2021.

@MORTHIndia issues notification for Promotion of Digital and IT based payment of fees through FASTag; all 4 wheel vehicles required to have FASTags from 1st January 2020

The step taken by the central government will ensure payment of fees is done at the toll booths via electronics means only, which will make vehicle passing a seamless process through toll plazas.
This MoRTH initiative will ensure a seamless movement of traffic and toll fee collection as per the notified rates through radio frequency identification (RFID) technology. And there would be no waiting time at the Plazas and would save fuel.

The Ministry said, “The steps for ensuring the availability of FASTag at multiple channels are being made through physical locations and also through online mechanism so that the citizens can have them affixed at their vehicles within the next two months at their convenience.”