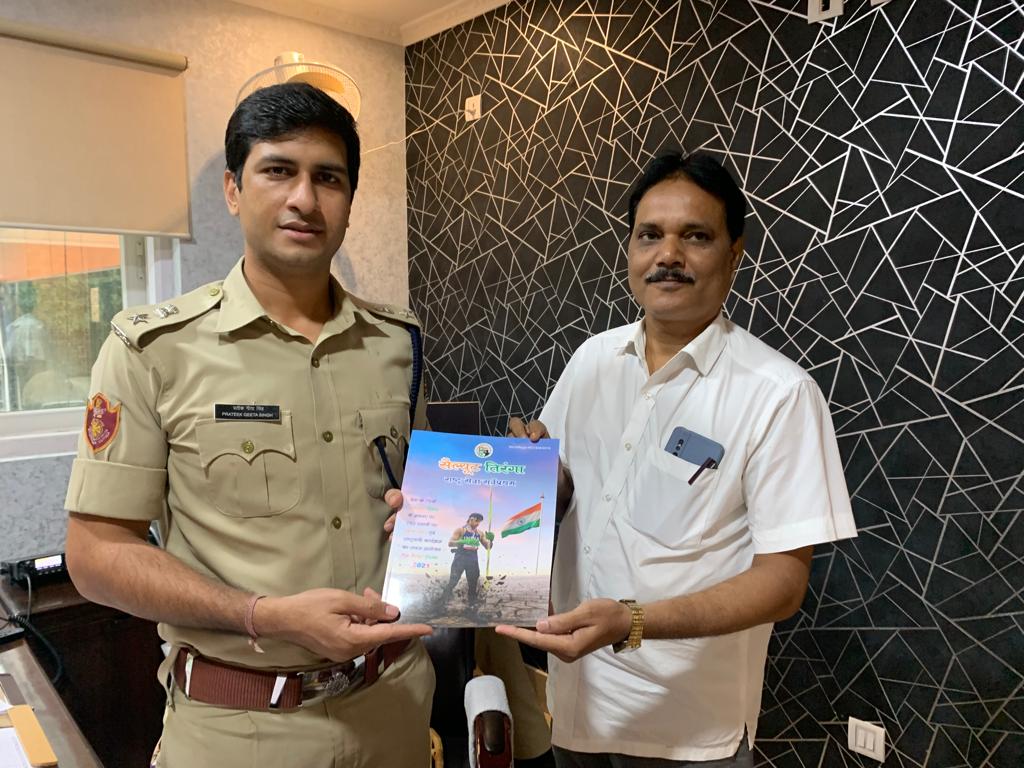 Cuttack: Along with welcoming the bright young IPS officer and newly appointed DCP Prateek Singh of Bhubaneswar, he has been presented with a book of Salute Tiranga. On Saturday, State President of Salute Tiranga Shailesh Kumar Verma and Vice President Manoj Sharma went to the DCP office and congratulated him. Shailesh Kumar Verma told on this occasion that even today people remember the contribution of DCP Prateek Singh in Cuttack. People have not forgotten the way you handled law and order in Cuttack and campaigned to eliminate crime from the city. DCP Prateek Singh also appreciated the people of Cuttack and said that Cuttack is truly a city of brotherhood and the love we have got there can never be forgotten. He also praised the media brother of Cuttack and said that The cooperation of media brothers can never be forgotten, Shailesh Verma said that when the free oxygen service was started in Cuttack by Salute Tiranga, it was started by DCP Pratik Singh. This is the reason why the Salute Tiranga came to Bhubaneswar today to wish him well.
Significantly, DCP Prateek Singh is a 2014 batch IPS officer. As soon as he took over the charge of Bhuvneshwar DCP, he had said that there would be no compromise with crime and criminals. Keeping the focus on law and order in the capital, as well as providing service to the people under the Five Tea Program. Arrangements will be made so that the police reach the common people. Attention will be given to the people coming to the police station not to be disappointed. Its effect is now clearly being seen in the capital.