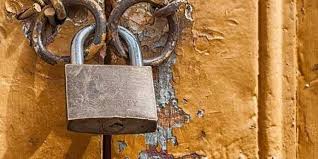 containment zone after 16 test +ve for Covid in Cuttack’s village.

CUTTACK: The Cuttack district administration has declared Khanduali village in Athagarh block as a containment zone after 16 villagers tested positive for Covid-19.

On Saturday, Athagarh sub-collector Ajambar Mohanty said, “Recently, 150 villagers had undergone Covid test, out of which 16 tested positive while reports of 43 are awaited.” Mohanty said the 16 infected villagers are in home isolation and contact tracing has been initiated.

To combat the spread of the virus, the village has been declared as a containment zone from Friday night. “The village will be under containment for a week till January 15,” Mohanty added.

Contact tracing and active surveillance have been initiated from Saturday morning. A team of health officials has been engaged to carry out sanitisation work. “Moreover, swab samples will be collected from the family members of those who tested positive for Covid-19,” he said.

“Officials of the district administration will make arrangements to supply medicines and essential items to the residents at their doorsteps,” Mohanty said.

All entry and exit have been sealed and police have been engaged to monitor that people follow containment zone guidelines.