In a tragic incident, an eight-year-old boy fell victim to bullets of a terrorist who opened indiscriminate fire on a Central Reserve Police Force patrol in Anantnag district of south Kashmir killing a jawan, officials said in Srinagar. 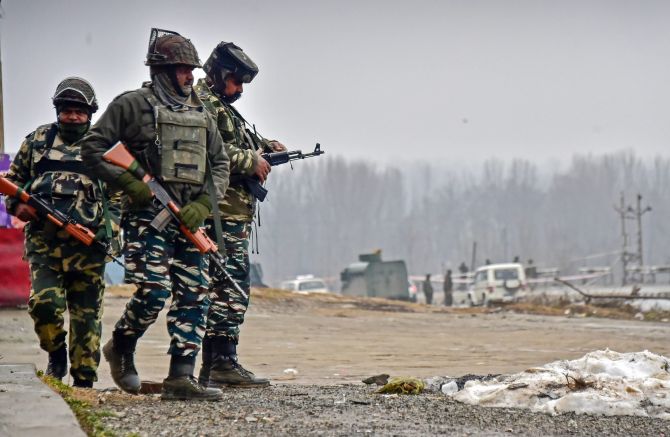 New Delhi: The boy, identified as Nihan Yawar, a resident of neighbouring Kulgam district, was travelling with his father for some personal work when he was hit by bullets fired by the terrorist at Padshahi Bagh bridge in Anantnag’s Bijbehara area.

The target of the terrorist, belonging to the Jammu Kashmir Islamic State (JKIS), was a road opening party of the CRPF, the officials said.

A jawan, identified as Shamal Kumar, also suffered injuries in the terror attack in Bijbehara, about 43 km from Srinagar.

Both Kumar and Yawar were rushed to a nearby government hospital where they died.

An official said the security forces cordoned off the area and launched a hunt to nab the attacker.

Later, the Jammu and Kashmir Police said it has identified the terrorist had been identified as Zahid Daas, belonging to the Jammu Kashmir Islamic State (JKIS) outfit.

‘Police has identified killer of minor boy and CRPF personnel. Zahid Daas , a terrorist of JKIS outfit, is found to be involved in today’s attack at Bijbehara. Police have registered FIR against him by name,’ the Kashmir zone police said in a tweet.

Reacting to the attack, the People’s Democratic Party said, ‘The smallest coffins are the heaviest.’