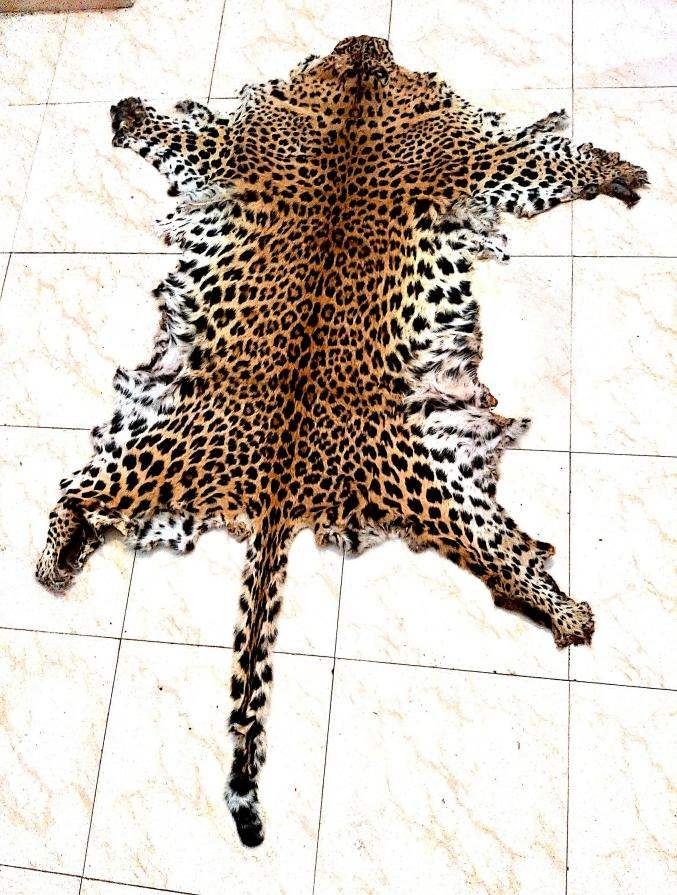 By The Odisha BazaarFebruary 15, 2021No Comments Cuttack: The Special Task Force (STF) of Crime Branch on Monday arrested two persons on the charges of possessing a leopard skin and other incriminating materials.

The accused – Saburban Singh Deo and Saman singh Majhi were arrested following a raid by a special team of the STF at Palaspada chhak under Sinapali police limits in the district.

Senior officials said that as the duo could not produce any valid authority or documents in support of possession of the leopard skin, they were arrested under section 379/411 of the Indian Penal Code (IPC) and section 51 of Wildlife (Protection) Act 1972.

Both the accused will be produced before the court of JMFC, Sinapali and efforts will be taken to ascertain the source of the procurement of the leopard skin. The leopard skin will be sent to the Wildlife Institute of India, Dehradun for chemical examination, a senior STF official said.