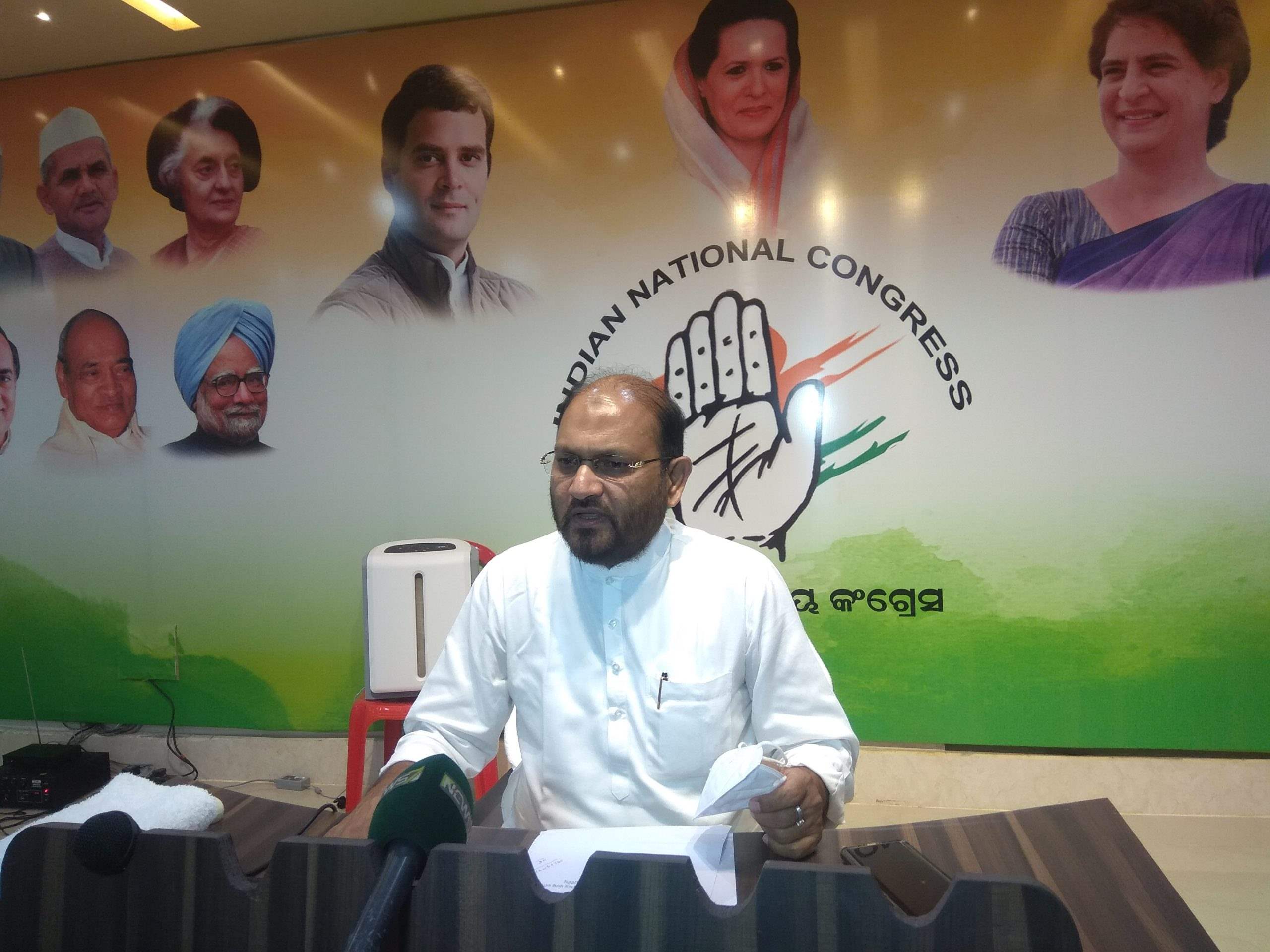 Congress blame to state government on increasing number of Corona patients in Odisha.

By The Odisha BazaarJuly 11, 2020No Comments

Congress blame to state government on increasing number of Corona patients in Odisha.

CUTTACK: Mohammad Mukim today targeted the state government fiercely, accusing it of failure to gain control over Corona. He said that the state government has completely failed to control Corona. Today, despite claims of all efforts in the state, more than 10,000 people have fallen prey to it and the state government is claiming that the Covid-19 has been included in the Mo-Sarkar scheme, while the truth is that there has a lot of scam in the purchase of mask, PPE kit etc. Therefore, Mohammad Mukim has demanded to form a committee to monitor the situation. Along with this, a demand has been raised to present the reality in front of people by conducting an inquiry into the scam.

He said that outbreak of corona is also increasing in Cuttack district. Along with the district administration, the Cuttack Municipal Corporation administration is also failing to fulfill its responsibilities. He said that the state government claimed to have crores of rupees for treatment, but the reality is that patients in hospitals are getting infected with Covid-19. The government should accept that it has failed to make the right arrangements for the control of Corona.

He questioned that if crores of rupees were spent on the system of treatment, then how is the infection spreading in hospitals. Therefore, the government should constitute joint committees at all levels and review them. Talking to the media, the MLA said that when Cuttack was in the Green Zone, the Cuttackians were trying to break the Corona chain, following all the orders of the government, but due to the disorder of the government, control over the corona could not be achieved. During this, the MLA called upon the people of Cuttack to follow the rules of Covid-19. Also appealed to wear masks and maintain social distance.