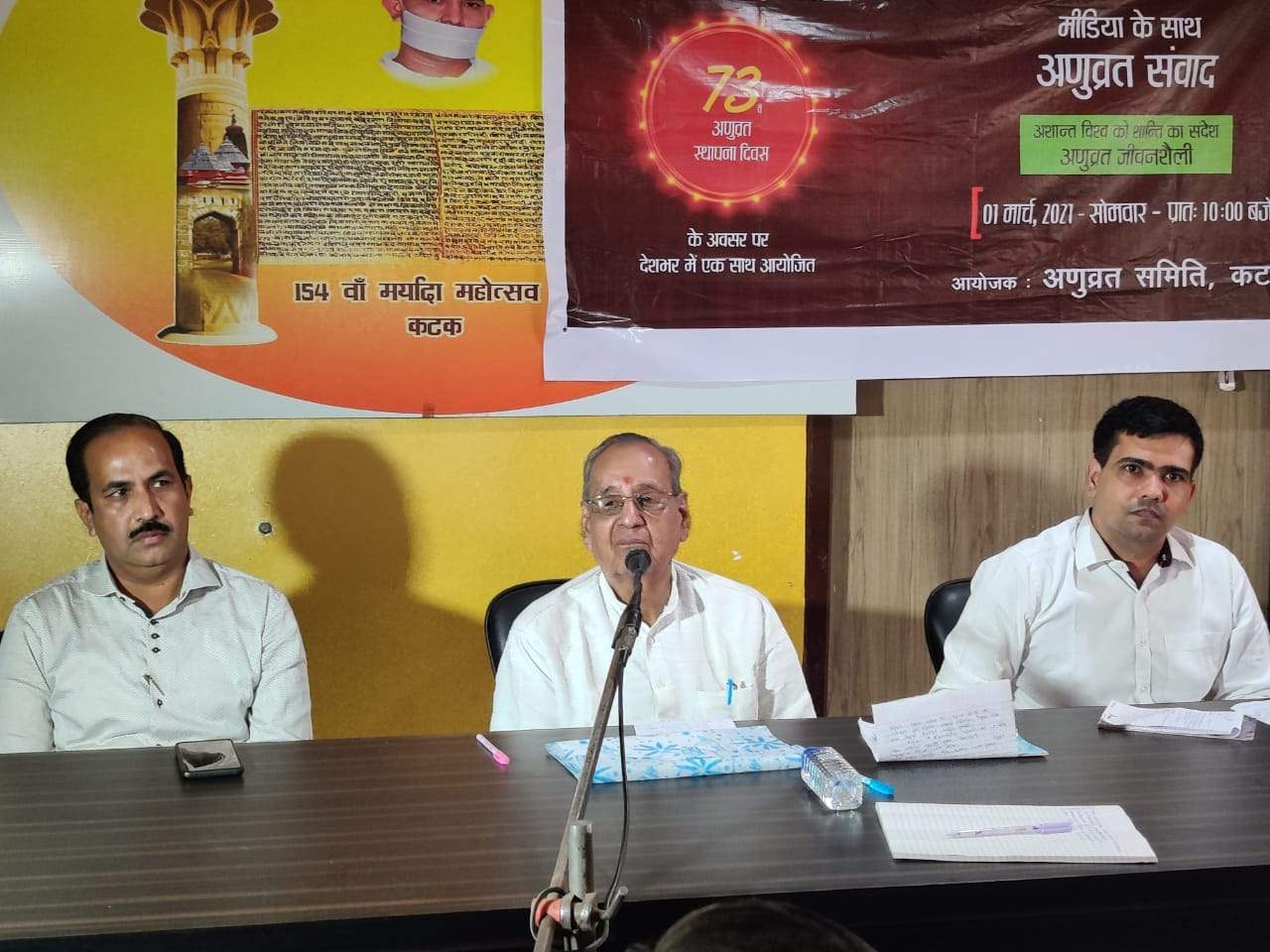 By The Odisha BazaarMarch 6, 2021No Comments

Anuvrat Samiti Cuttack organises anuvrat dialogue with the media on the occassion of 73rd foundation day. First of all ,Mr. Mukesh Dungarwal, chairman of Cuttack committee , welcomed the guests of the media and present members of media and called upon anuvrat to spread the message of nonviolence, peace,morality and de addiction.

Keynote speaker Mr Mangal Chand Chopra said, “anuvrat promoter Aacharya Shri Tulsi started the movement 72 years ago and created a code of conduct that can create a healthy society which resonates from the Rashtrapati Bhavan to the hut of poor people.” Acharya Tulsi believed unless the citizen of India are free from Immoral violence, communal hatred and orthodox thinking ,the independence of the country will remain incomplete.

Presently , Aacharya Shri Mahashraman ji as anuvrat anushastha is providing his spiritual leadership to this entire movement. He is giving the message of morality,goodwill and de-addiction through his nonviolence journey.

Recently his padayatra has completed a distance of 50000 kilometre. On this occasion, Mr Chopra remembered Mr Radhanath Rath ji, the founder of Odia Dainik Samaj for his cooperation in the anuvrat movement in Odisha.

In his statement, Mr Prafulla Betala said it is an idle based lifestyle. Through small idols the person practices self control,self discipline and provides positive direction to his daily life. With this moral movement, starting from a few individuals, today thousands of people have adopted an ethical lifestyle.

The dreams of anuvrat promoter Acharya Tulsi ..”Improve the society..

It will improve itself from person to person.. ” has contributed to the campaign.

Many dignitaries from various media members were present at the event. In making the programme successful Mr Rakesh Singhi ,
Mr Pankaj Sethia,Mr Pratik Singhi, Mr Sumit Baid had special support.This type of dialogue was organised at many places across India.