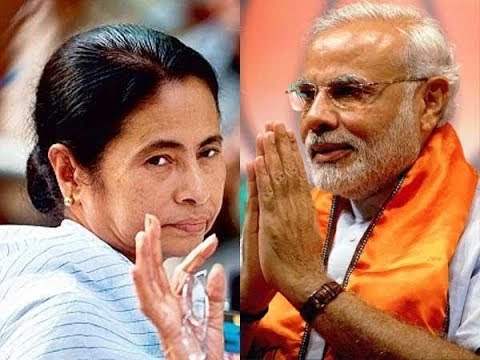 The Centre has asked him to join North Block on Tuesday but it cannot force an officer to join it without the permission of the state administration, Banerjee told a press conference.

Meanwhile, a show-cause notice is being served to West Bengal Chief Secretary Alapan Bandyopadhyay for failing to report to the Department of Personnel and Training (DOPT) according to government sources, news agency ANI reported.

Chief Minister Mamata Banerjee today wrote to Prime Minister Narendra Modi, requesting him to withdraw the Centre’s order and asserted that the state government “can’t release and is not releasing its the top bureaucrat at this critical hours” and requested the Prime Minister to withdraw, recall and reconsider the decision and rescind the order.

“I request you “to withdraw, recall, reconsider your decision and rescind the latest so-called order in larger public interest. The Government of West Bengal cannot release, and is not releasing its Chief Secretary at this critical hour, on the basis of our understanding that the earlier order of extension, issued after lawful consultation in accordance with applicable, laws, remains operational and valid. The latest order is also clearly in violation of applicable laws and against public interest: it is in any case ab initio void,” stated the letter written by Mamata to Prime Minister Narendra Modi today.

The Central government on Friday issued an order to recall West Bengal Chief Secretary Alapan Bandyopadhyay from the State and deputed him to the Department of Personnel and Training, Delhi. Bandyopadhyay has to report to North Block by May 31.