After Corona, two deaths due to bubonic plague in China so far, entire area sealed

After Corona, two deaths due to bubonic plague in China so far, entire area sealed 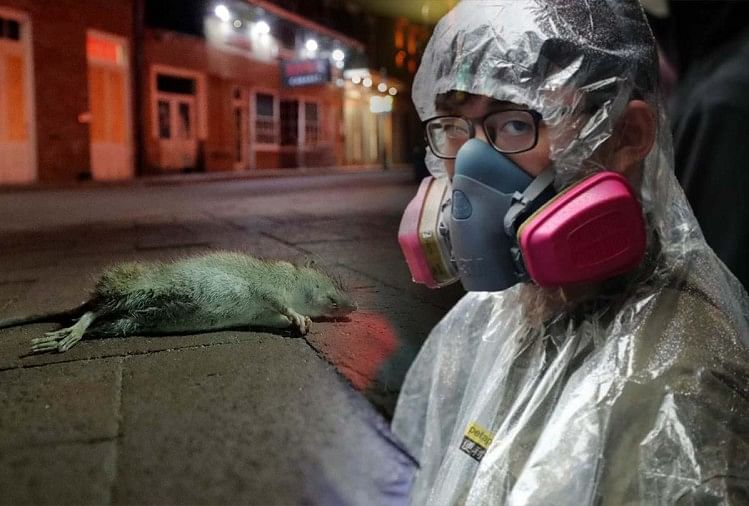 Where  the first case of corona virus was reported in China, now there is now a second death in a week due to bubonic plague. According to the information, the second person died in North China from this deadly disease. The Health Commission of the city of Bubonoir reported on its website that one patient died of multiple organ failure in a case of bubonic plague.

The Health Commission said that the area in which this infected person lived has been sealed and seven people have been kept under medical supervision. After this, the plague test of all these people has been found to be negative and they do not show any symptoms. The health commission of the city of Baotou said that on Thursday, four days ago, medical officials had revealed the cause of death of another person, a mysterious disease. This person also lived in the Inner Mongolia region.
Earlier in July, a 15-year-old boy died in western Mongolia, China due to bubonic plague. According to the Ministry of Health of China, the boy died due to eating meat from the marmat animal.
Let us say that China claims to have eliminated the plague on a large scale, but occasional cases are still reported. The last outbreak of bubonic plague in China was seen in 2009, when several people died in Niketan city of Qinghai province on the Tibetan plateau.

After all, this bubonic plague is
also called ‘black death’ or black death. This is not a new disease, but because of this, crores of people have been killed earlier. So far, this disease has broken into a total havoc on the world. For the first time, around five crore people have died due to this, for the second time one third of Europe’s population and third time around 80 thousand people have died.

How is this disease?
The disease is caused by bacteria found in wild mice. Actually, bubonic plague first occurs in wild mice. Then after they die the plague bacteria enter the human body through fleas. When the flea bites, the infected bacteria gets into the human bloodstream, causing humans to become infected with the plague. This happens two to three weeks after the mice die.

What are the symptoms of bubonic plague?
In this disease, a person has high fever and unbearable pain in the body. At the same time, the pulse also starts running fast. Apart from this, in two-three days, the glands start coming out in the body, which are ripe in 14 days. The same nose and fingers also turn black, and the bacterium that spreads bubonic plague is Yersinia pestis bacterium.

It attacks the body’s lymph nodes (lymph nodes), blood and lungs. Although it is a centuries-old disease, even today cases continue to come up in many countries of the world. In India too, in 1994 there were about 700 cases of bubonic plague, out of which 52 people died. Gradually they start rotting. This disease is also called giltwalla plague due to the release of glands.