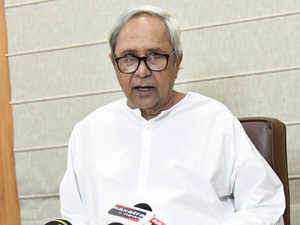 Bhubaneswar: The Odisha government on Friday hiked the dearness allowance (DA) of its employees by five per cent under the7th Pay Commission.

With this increase, the total DA of the state government employees has gone up to 14 per cent, said an official.

The enhanced DA would be given to the state government employees with retrospective effect from January 1, 2020.

Chief Minister Naveen Patnaik also approved 10 per cent arrear of 7th Pay Commission to be paid to the government employees.

Odisha government employees can now get 10 per cent of their arrear salary arising out of revision of pay under Odisha Revised Scales of Pay Rules (ORSP), 2017, during the financial year 2019-20.

Notably, the state government employees were allowed to draw the revised salary from the month of September 2017 onwards without payment of any arrear salary from 01.01.2016 to 31.08.2017.

Now, the Chief Minister has approved releasing of 10 per cent of the total arrear during the period- from 01.01.2016 to 31.08.2017 on the same terms and conditions applied at the time of drawal of 40% arrear salary in the first phase.